What is Culture Shift 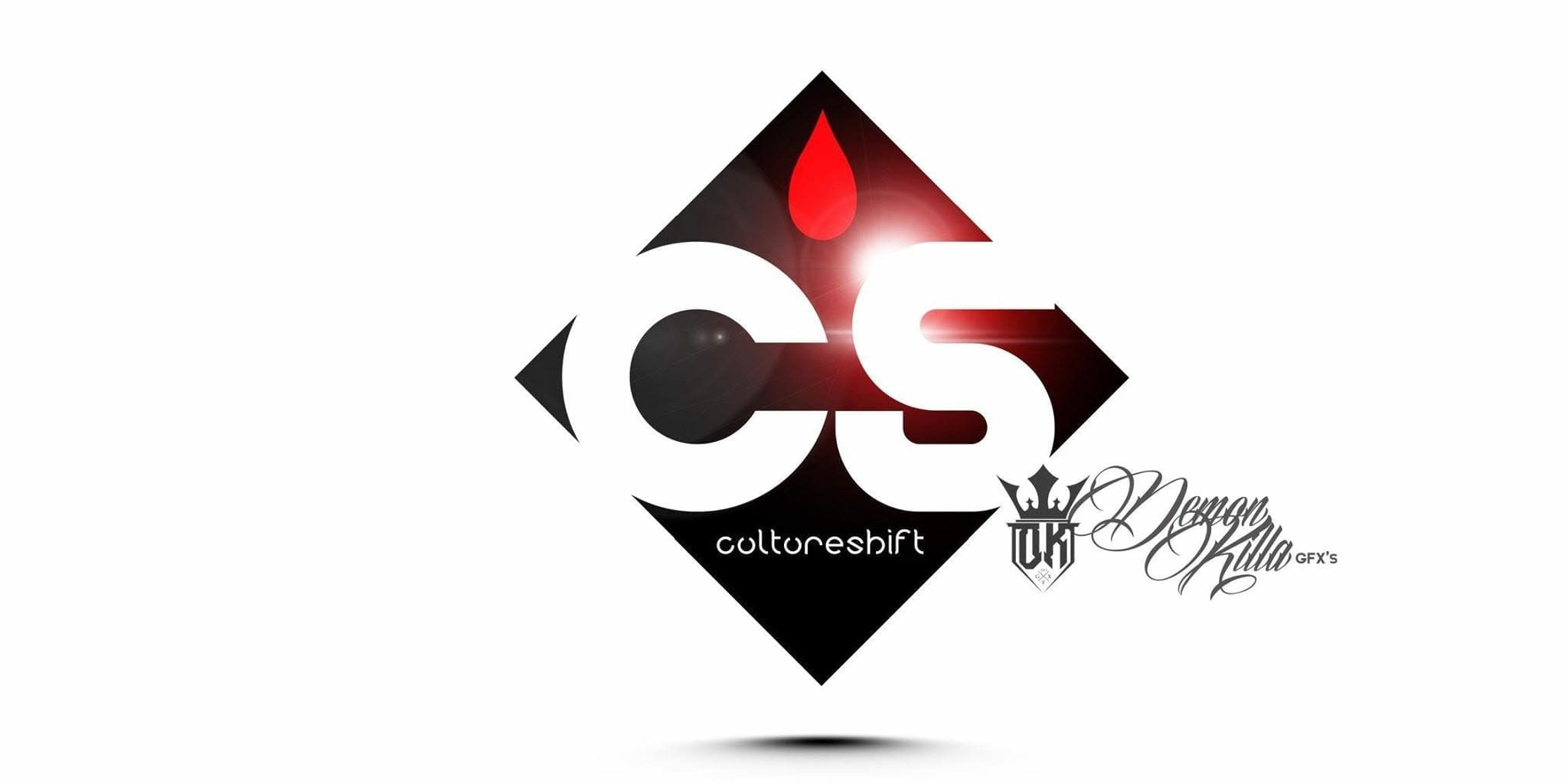 What is Cultureshift?
Cultureshift is a movement of unity within the Christian hip hop community from all over the country made up of many different ministries. Our goal is to spread the gospel, witness, plant seeds and make disciples with a strong emphasis on youth and young adults in a real ” in the trenches” type grass roots movement.

What is your testimony (especially the MOMENT of absolute turning to Christ)?
I was a lost child, my parents split up when I was about ten years old and once that happened my whole world changed.
My mother started having severe signs of mental illness and from that point on it was a crazy journey. I was arrested in middle school for attempted sale of narcotics and my mother took me to New York in the middle of the night to flee from any other charges. I was in a whole new city with family I didn’t even know, my aunt and uncle were drug addicts and I learned a whole new set of skills to keep me alive in the streets.
At the age of 13 I was sent to group homes in New York were I further learned how to survive in the streets and I got the taste of nobody telling me what to do. I felt like a big shot, I started doing robberies, selling dope, using and experimenting with drugs, having premarital sex with multiple girls… I was on a path of destruction.
I made it back to Florida and brought the things I learned back with me. At this point my mother had been diagnosed with manic depression and bipolar disorder. She was not in control of her own life much less able to control a teenager that has already seen everything bad the streets had to offer. My father loved me but the way I was already there was no way you could put me back in an environment with structure or rules.
I was on my own from that point.
Multiple arrests as a juvenile, more group homes, youth programs and even living in the streets. At eighteen I had my first child and I thought that would slow me down but it wasn’t too long after she was born I then caught my first adult felony and spent some time locked up. This still had no effect on me. I still had that draw to the street and the fast life.
I did slow down a little on most of the crazy things I was doing, but the only way I knew how to make a living was by selling dope.  With seeing all the people around me either being killed, or locked up for lengthy sentences I began to focus on my musical talent and began to chase opportunities in the music industry.
Writing lyrics and sound engineering was where I found success. I found myself touring and doing shows with some amazing talent. I ended up having a successful song in 2007 that made it to #2 on the billboard charts. I thought that was the life.
But along with that life came even more drugs, alcohol, woman, and every other sinful distraction I can think of.
The fast life had me hooked.

I was lacking a lot in my life and started to feel like the enjoyment of all the fast living was wearing off faster then it used to. It was more of a habit then anything, I wasn’t in my kids lives and really wasn’t happy. Every holiday and birthday that past by I found my self feeling more and more empty.
With emptiness like that, you come to a turning point of utter destruction or finding a reason for the next step.  The reason I needed I found in my children. I could not do to them what was done to me.
I decided to change, get a job and try to be a better person to get my kids back and try to live a normal life. I was still drinking and running around in bars but I was trying. I knew I was getting older and I didn’t have anything to show from my life.
Through my experience in music engineering, I was offered a position at a church as the sound guy. I accepted the position not fully understanding what an impact it was going my to have on my life.
God has a plan for my life (and He has an AMAZING plan for YOUR life) and he put me in the back of that church knowing that I had no choice but to listen to the Word every single week,
twice a week.
It wasn’t an overnight process but through it all, the multiple services per week I attended, the Word sunk in. I always believed in God, I just wasn’t living the life.
Once I started putting the Word to daily use I began to see the glory of God working in my life.
Eight years later not only do I have my kids back in my life, but I have full custody of them. I’m remarried and my wife just gave birth to my new daughter. We own our own home and now I’m even a teacher at a school for at risk kids that are just like I was.
God is so good, I want to tell the world what he’s done for me. In his Word he wants us to go into the whole world and make disciples, spread the love of Jesus and to represent the kingdom.
So that’s exactly what I intend on doing.
What was the path from the initial rendering of the Cultureshift idea into what it is today?
I started Cultureshift because of a personal need my family had. My son was diagnosed with an immune deficiency issue and lung disease in 2014 and it was becoming an insurmountable financial stress on my family.
When getting the news, my soul felt like it left my body as the intensity of the love for my son overwhelmed me.
Being humbled and brought to my knees and totally and completely at the mercy of God, I sought Him for the next step. The next step was expressing my love and total dependence on Jesus.
Soon after, I felt God put it in my heart to get back into music and use it as a way to help my family with those needs and at the same time spread the gospel.
God had bigger plans for Cultureshift. Everyday it’s evolving.
We now have artists all over the country involved from California to New York. We are using this movement as a way to bring all these different ministries from all different walks of life together to unify as the army of Christ to take back our youth and young adults.
The music is just a tool to open the door to the lost, and plant seeds giving us the opportunity to tell people that the only reason we are able to bring them the music is because of what Jesus did for us.
90% of our youth are listening to hip hop so we believe this is way to reach them. The gospel never changes but we need to find new avenues to deliver the message as the world is always evolving.
Cultureshift is not a record label, it’s a family, a platform and a way to show the world that we can come together unified as the body to try and make a difference. We believe there is strength in numbers and that we can reach more lost people with the Word.
Doing this together can make a bigger impact.

What is the future of Cultureshift?
The future is crazy for Cultureshift, so many opportunities are opening up!
We intend on making a weekend long youth conference with all the artists from the album (visist www.****.com for more info about Culturshift’s first album collaboration) performing and sharing their testimonies in the summer of 2016.
We also believe that God has a bigger plan for this movement so we intend to take Cultureshift to different cities and states. We have a vision of doing these tours all over the country and doing more albums and more ministry. We believe our ministries are so much more then performing a dope song… actually the ministry begins once we step off the stage and fellowship with people.
We want to do things for group homes, inner city kids and organizations like Boys and Girls Club and Big Brothers Big Sisters. Faith without works is dead, so we really want to make the biggest impact possible and we know that the sky is the limit with God as the CEO of Cultureshift.

If given the opportunity to go back in time for 5 minutes, what would you tell your 18 year old self?
If I could go back in time, honestly I wouldn’t change a thing. This life I’ve lived has brought me to Jesus. This life is my testimony and without it I wouldn’t be able to share with everyone this truth: if God can use me, an ex drug dealer, thief and gang member, then forgive me for what I’ve done, certainly he can save anyone and use them to spread the Gospel as well. God is good.
If you were given the opportunity to author a few sentences on the most viewed billboard in the USA, what would that say?
The billboard would say; ‘Together we can Shift the Culture’.

What is your ONE (currently) favorite Book, story, person or Scripture from the Bible and why?
The Bible will always be my favorite book, anytime I need advise or guidance I know I can depend on it to tell me what I need.
I see a lot of people talking about the wrongs of other brothers and sisters that are walking this life with us. Pointing fingers and not taking the plank out of their own eye first. So many people want to talk about false prophets and even downing other churches and pastors and I know none of us will ever be perfect so who are we to pass those judgments on to other people?
Iron sharpens iron, I understand this, but we are still called to love our neighbors and that means everyone. So that along with the unity from everyone involved with Cultureshift coming together on this project makes this my favorite scripture right now:

1 Corinthians 1:10
I appeal to you, brothers, by the name of our Lord Jesus Christ, that all of you agree, and that there be no divisions among you, but that you be united in the same mind and the same judgment. 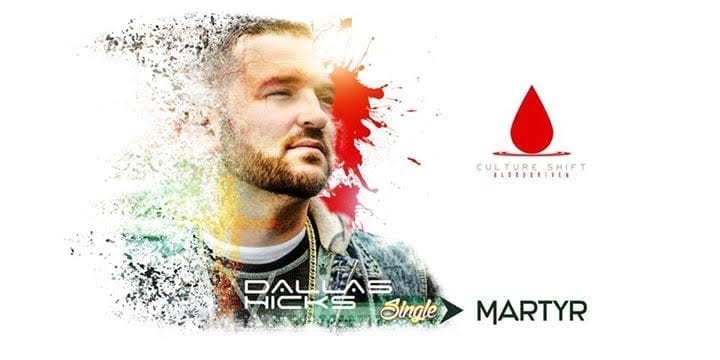 Christian Music, Media and Marketing at hopeBeat
hopeBEAT.net is one of the webs fastest growing christian entertainment sites dedicated to getting the message of the hope that we have found in Jesus Christ.

hopeBEAT.net is one of the webs fastest growing christian entertainment sites dedicated to getting the message of the hope that we have found in Jesus Christ. 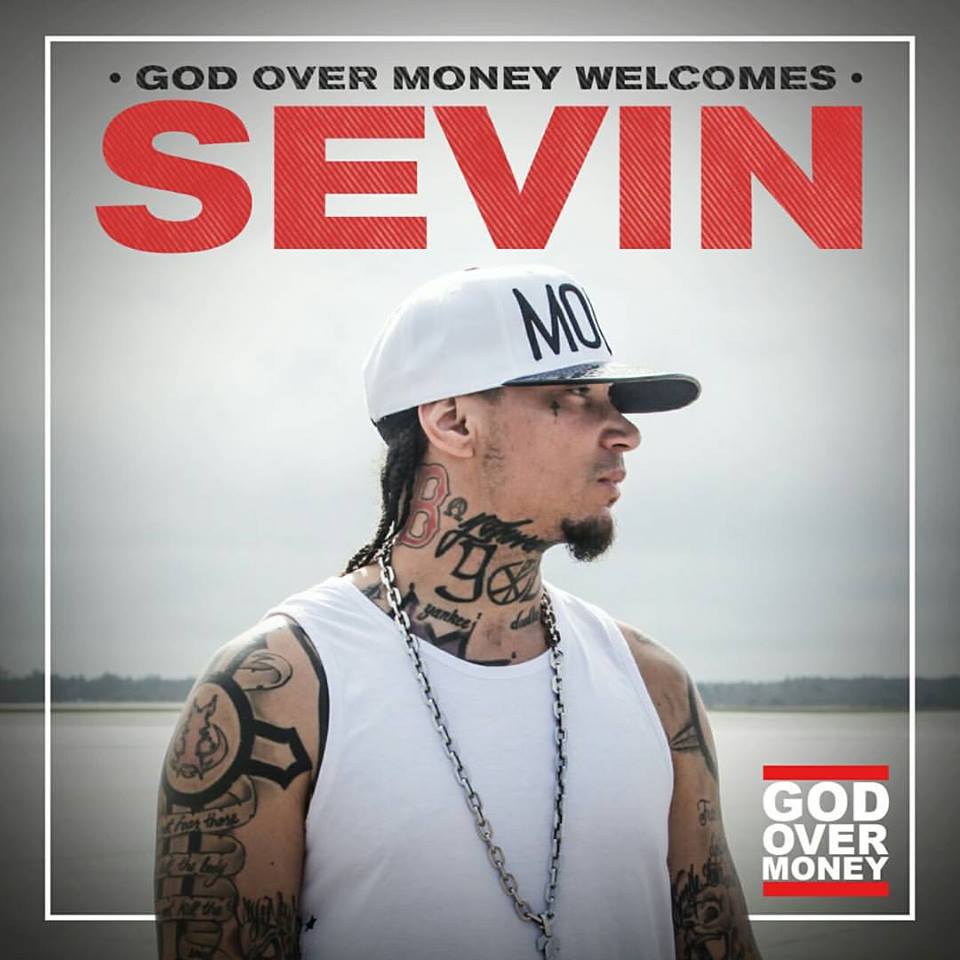 Kingdom Muzic Presents – Seen Me at My Worst

Check Out Our Friends Christian Meditations At www.Christian-Meditations.com